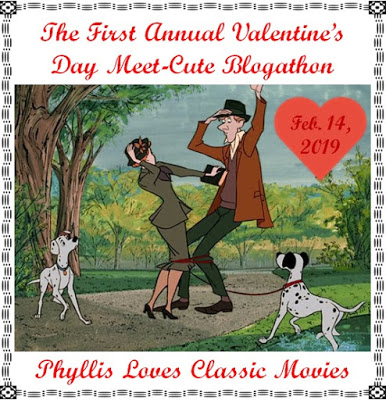 One of my favorite eras of film is the early to mid-1960s.  The Production Code was on  its way out and filmmakers were allowed to get away with racier content than they would have, had the film been made ten years prior.  However, films made between 1960-1968ish were not yet allowed to go whole-hog and usually did not feature expletives or nudity.  The early to mid 1960s seemed to be the era of the lighthearted, goofy comedy.  Many of these films aren’t smart comedy, but they’re fun.  And at the end of the day, after a rough day in the warehouse (maybe that’s just me), a fluffy, fun comedy is all you need–it isn’t in you at that moment to watch Marlon Brando give the performance of his life in On the Waterfront.

One of my favorite stars of the 1950s and 1960s is Sandra Dee.  Sure, she’s no Bette Davis or Katharine Hepburn, but not everyone needs to be either.  She’s fun, charismatic, and a natural comedienne.  One of my favorite qualities about Dee are her eyes.  No matter the circumstance, whether she’s fawning over Moondoggie in Gidget or trying to train Bobby Darin using a dog training manual (If a Man Answers), she’s always got an underlying vulnerability.  One of my favorite Sandra Dee films is That Funny Feeling, co-starring real life husband, Bobby Darin.  I love Bobby Darin’s singing.  Sandra Dee + Bobby Darin = winning movie in my book.

That Funny Feeling tells the story of Joan Howell (Sandra Dee), an aspiring actress who works as a maid to make ends meet.  She is not a live-in maid, but rather she visits her clients while they’re out and cleans their homes.  One of her clients is Tom Milford (Bobby Darin), a wealthy, playboy businessman.  Tom leaves a note for Joan on his door stating that he will be in California for two weeks.  His trip falls through, but Joan is unaware of the change in plans.  Joan and Tom’s “meet-cute” moment occurs three times in the beginning of the film.  The first time, Joan is bent down fixing a run in her stocking and Tom trips over her cleaning equipment (encased in a small round suitcase) and consequently over her as well.  The second time, Joan is stopped at the same newsstand and Tom again trips over her suitcase and onto her.  The third and final time, Joan and Tom’s respective cabs hit each other.  They decide that this must be fate trying to tell them to meet and get together so they opt to have drinks together at a neighborhood bar.  What Joan doesn’t know is that Tom is one of her clients whose apartment she cleans.  Tom doesn’t know that Joan is his maid.

After they finish their drinks, Tom insists on bringing Joan home.  Joan is embarrassed by the small, derelict hovel that she shares with her roommate, Audrey.  The girls live in a tiny apartment, complete with beds that they have to shift out of the way to get into the bathroom, the neighbor’s alarm clock that they use for their own, an elaborate routine of moving stuff out of the way just to open the front door, and having to share their water pressure with the neighbor and his shower.  They also have insect and noise issues.  To keep Tom from seeing her real apartment, she has him take her to his apartment that she’s pretending is hers.

Amused (and confused) at the scheme that Joan is pulling over on him, Tom decides to play along.  Tom enlists his boss Harvey (Donald O’Connor) to allow him to use his swingin’ bachelor pad to masquerade as his apartment.  In exchange, Tom promises Harvey that he’ll help him hide his expensive art collection from his estranged wife who is looking to take all of his assets in their divorce settlement.

As Joan’s scheme continues, her deception gets more and more elaborate.  She and her roommate, not wanting to return to their crummy apartment, and thinking that the owner will be out of town for two weeks, essentially move in.  They even go as far as to bring all their clothes with them and re-decorate Tom’s apartment to feminize it.  Joan takes to pawning Tom’s clothing to get money for the decor.  When Tom picks Joan up for their date, he is shocked to see what has become of his home.

Of course, like how all these movies featuring deception go, Joan and Tom eventually find out each other’s true identities.  Misunderstandings ensue and some hilarious scene will take place.  In this instance, Joan ends up inviting all of Tom’s ex-flames to the same party, under the guise that it’s a costume party, where the theme is essentially Parisian courtesans.  All the ladies come dressed as streetwalkers.  The party is eventually raided and everyone in the movie is picked up as part of a suspected prostitution ring. And as all these movies go, they will eventually work everything out and live happily ever after.

I really enjoy this film.  Sandra Dee, more confident and grown-up than her 17-year old self in Gidget is adorable.  Bobby Darin has such swagger and I love his voice.  Like Frank, Dean and Sammy, he’s just so cool.  He sings the title song over imagery of the universe.  The opening doesn’t really make any sense, but it’s fun in a retro way.  I love Nita Talbot, who plays roommate Audrey is funny as Dee’s sarcastic, get a grip friend–who inevitably follows along with the scheme.  She is the Ethel to Dee’s Lucy.  I love Donald O’Connor, so his appearance in any film is always welcome.  Too bad he wasn’t able to perform a tap dance number or something.  He could dance while Darin sings.

That Funny Feeling, not groundbreaking cinema by any means, is a fun diversion.  It serves as a portal into life in 1965 and features a great cast of performers.  There is a funny scene where Talbot ruins Dee’s Duck a l’Orange by pouring tons of Cointreau on it and lighting it on fire while lighting a cigarette.  Dee and Darin are adorable together.  This film would be a great one to watch with your Valentine, or in my case, a parrot*.

*-My Valentine is a chef and consequently is spending Valentine’s Day cooking for other Valentines.